The UK Antarctic Place-names Committee (APC) considers proposals and makes recommendations for place names within the British Antarctic Territory (BAT); that area of the Antarctic south of 60°S and extending from 20°W to 80°W. The APC also considers and recommends names for South Georgia and the South Sandwich Islands .

Following endorsement by the Commissioner of the British Antarctic Territory, Ben Merrick, and South Georgia and the South Sandwich Islands, Nigel Phillips CBE, names can then be used in reports, publications, maps and charts. The Commmittee will not consider proposals for ephemeral features such as icebergs.

The APC also considers names for features within the sector of Antarctica between 80°W and 150°W and south of 60°S. Names approved for this area will be submitted to SCAR for inclusion in the Composite Gazetteer of Antarctica but will not be added to the BAT Gazetteer. 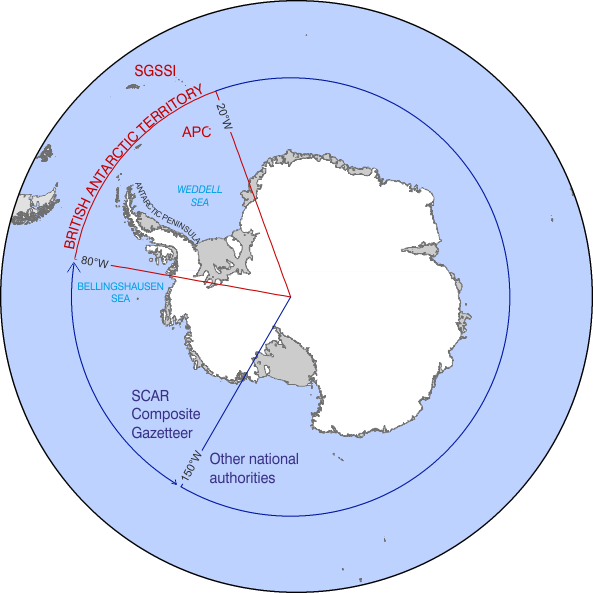