Place name of the Month

This month, the UK Antarctic Place-names Committee presented at the UK Antarctic Science Conference in Edinburgh, highlighting the Committee’s work and how scientists can get involved in the application process.

Did you know that there are over 20 names associated with Scotland across Antarctica? There are also over 40 Scots named, commemorating engineers, physicists, geographers, glaciologists, chemists and many more.

South Shetland Islands and South Orkney Islands were first sighted by William Smith in 1819 and by Powell in 1821 respectively and were so named as the islands lie in about the same latitude as the Scottish Isles in the Northern Hemisphere.

Finally, Edinburgh Hill is named for the Scottish capital. Dundee Island and the Firth of Tay were first sighted by Ross in 1842 and named for the home port of the expedition. Inverleith Harbour is named after the ‘mouth of the river Leith’ in Gaelic. 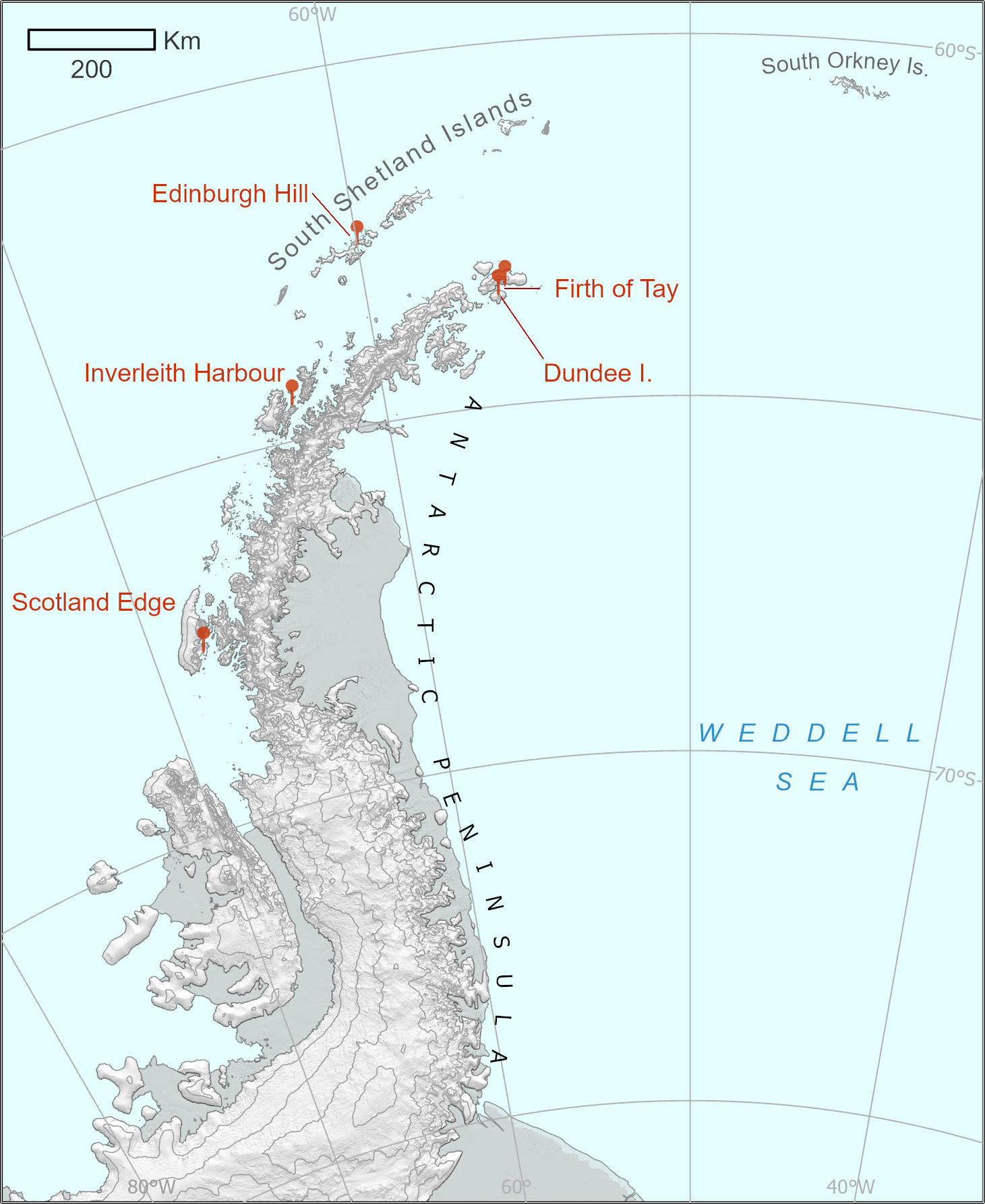 Place-name proposals submitted after this date will be considered in later meetings.