In a departure from tradition, this month’s place-name article highlights places that no longer exist; these are marked with an asterisk in the APC gazetteer and on the web-map. Due to the changing nature of the Antarctic landscape there are a number of features which have been renamed or flagged with an asterisk by the Antarctic Place-names Committee. This is partly in response to the changing face of the ice shelves, allied with increased remote sensing capabilities.

Given the recent exploration of Prince Gustav Channel by those on board the James Clark Ross, it is fitting to start with what was there before: The Prince Gustav Ice Shelf, which extended into Röhss Bay, James Ross Island. This ice shelf started retreating in 1945 and continued until its final breakup in February 2002, when the last remnants of the shelf broke away.

Similarly, the Wordie Ice Shelf formerly extended into Marguerite Bay, but gradually retreated and broke apart until 2004, when it had entirely disappeared. The newly-formed area has since been named Wordie Bay (69° 06’ 58” S, 67° 45’ W). The ice shelf retreat also revealed islands which were previously hidden: Buffer Island and Napier Island were revealed in 1989, having previously been considered Ice Rises in the Shelf. 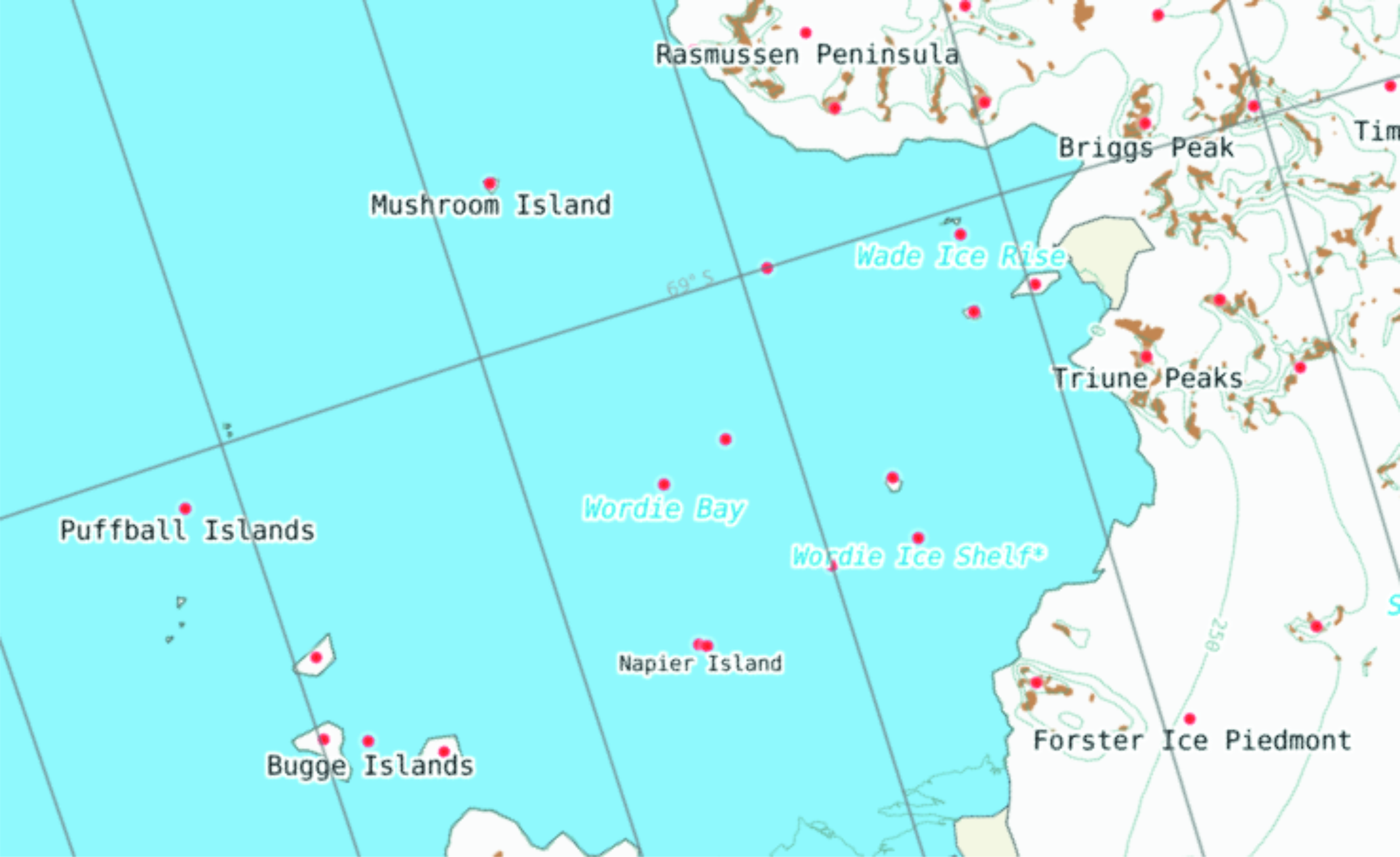