The International Thwaites Glacier Collaboration was launched on Monday 30th April. This huge multidisciplinary project will study the glacier and its adjacent ocean region. While this area is outside the British Antarctic Territory, local place names and their origins can be found in the SCAR Composite Gazetteer of Antarctic

The Thwaites Glacier (106°45’W, 75°30’S), is located in the West Antarctic and flows into the Amundsen Sea. This extensive ice feature was named by the US-ACAN for Frederik T. Thwaites, glacial geologist and geomorphologist at the University of Wisconsin (1883-1961). The nearby Pine Island Glacier, focus of the iSTAR project, was named for the USS Pine Island, a seaplane tender and flagship of the task group of the US Navy Operation HighJump, which explored the area in 1946-47.

In the same vein, Bear Peninsula (111°W, 74°35’S) was named after the ship USS Bear. Reconnaissance flights were made from this ship in February 1940, leading to the discovery of the Walgreen Coast. This coast was named after Charles R. Walgreen, who assisted in equipping the Bear for the campaign of 1939-41. This expedition was led by R. Admiral Byrd, in relation to whom many places have been named such as Marie Byrd Land (named by Byrd after his wife), the nearby Byrd Subglacial Basin, and associated Byrd Surface camp, which will play a key role in the Thwaites project logistics. 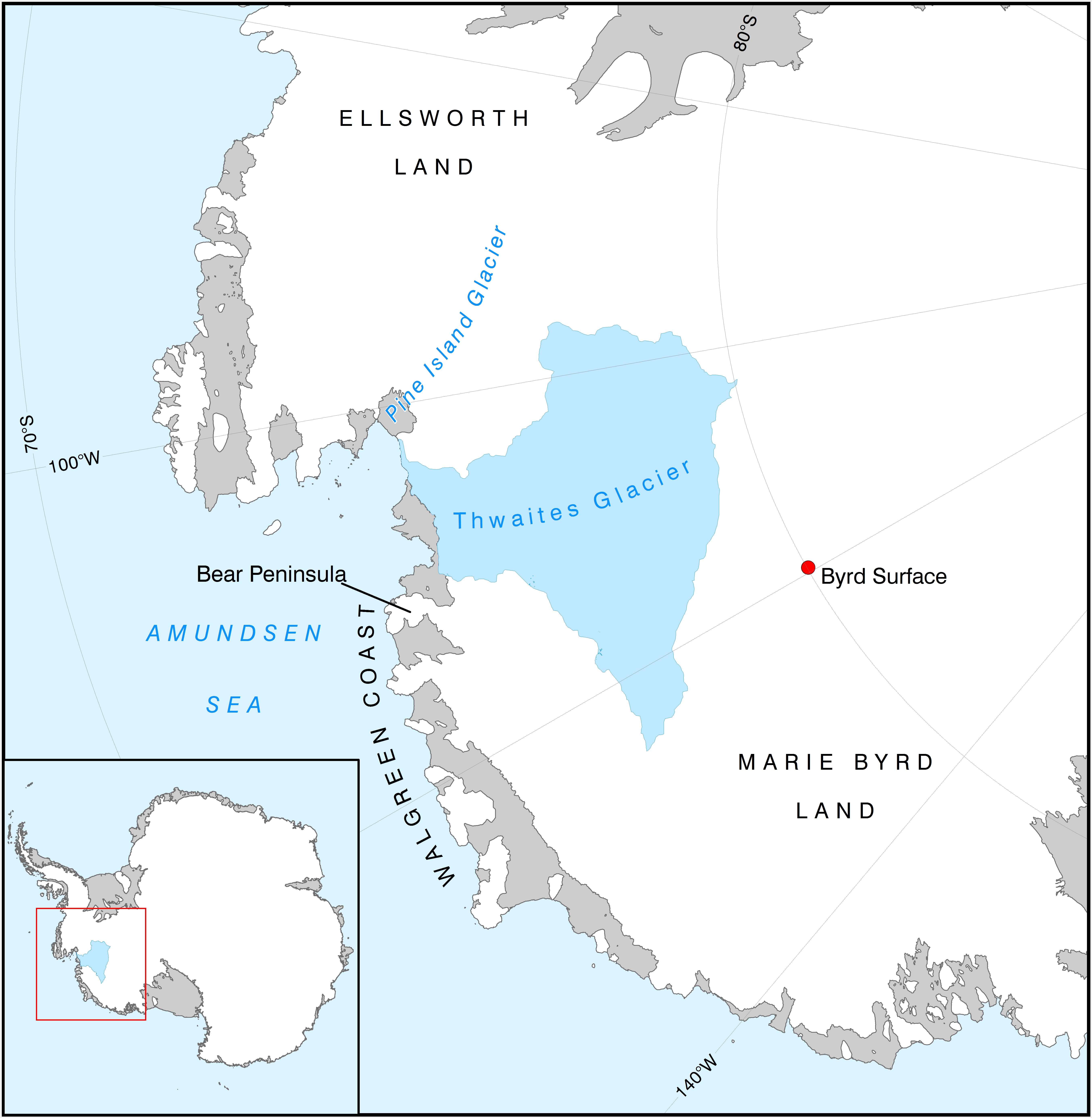