The Royal Astronomical Society (RAS), founded in 1820, encourages and promotes the study of astronomy, solar-system science, geophysics and closely related branches of science. Its headquarters in Burlington House has an important library and archive. The Society had a notable collection of scientific instruments, but this was largely dispersed to museums in the 1970s. Many Presidents of the RAS are recognised in Antarctic Peninsula region place-names.

Nineteenth century astronomers played an important role in the development of the navigational techniques and instruments vital for early naval exploration of the region: Sir George Airy, Airy Glacier, leading figure in the development of Greenwich Observatory and the Greenwich Prime Meridian; Francis Baily, Baily Head, promoter of gravity studies and reform of the nautical almanac; Sir John Herschel, Cape Herschel, polymath with many achievements, including cataloguing the stars and astronomical bodies of the southern hemisphere. 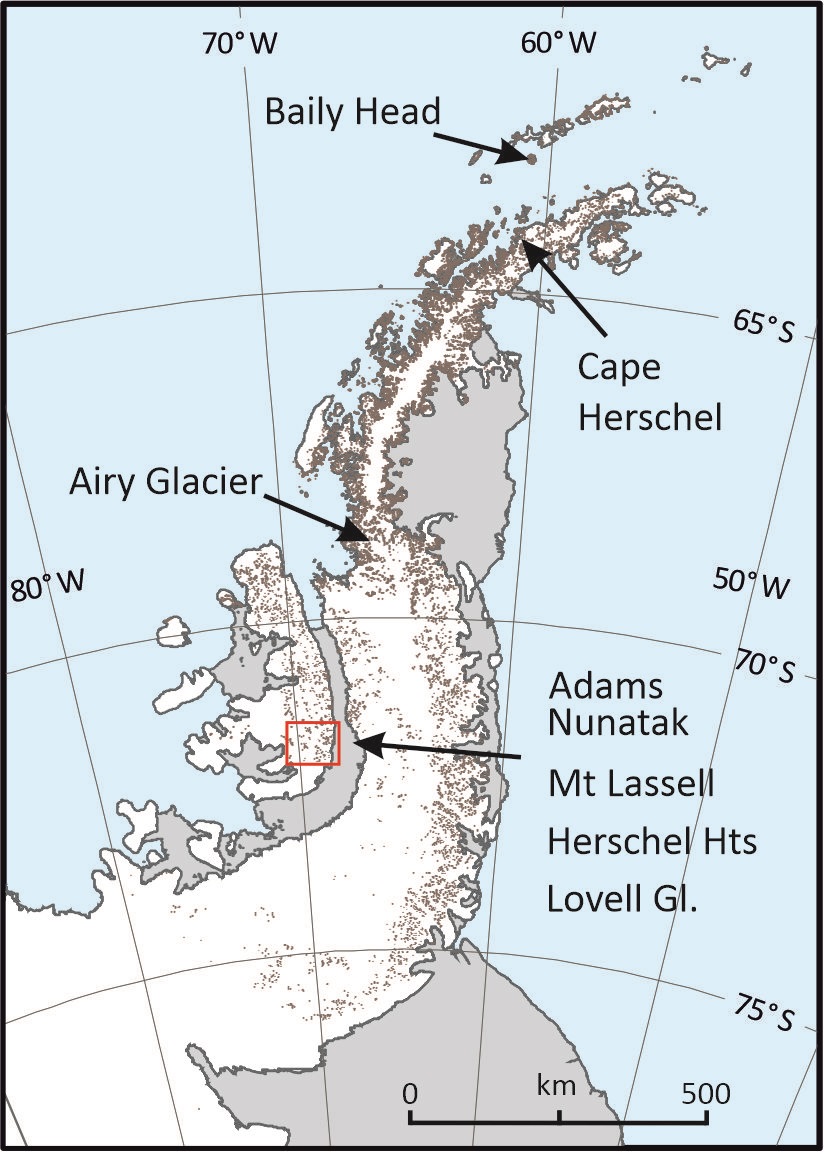