Named for Kenneth Blaiklock, pioneering surveyor who died at the end of September 2020 aged 92. He was a surveyor at Stonington 1948-50, including surveying the Dion Islands - at that time site of an emperor penguin colony, and the area around Blaiklock Island, November 1949. He later worked at Hope Bay 1952-54, but is best known as Surveyor on Sir Vivian Fuchs’ 1955-58 Commonwealth Trans-Antarctic Expedition. He was driver of one of two dog sledges to reach the South Pole for the first time since Amundsen in 1911, undertaking reconnaissance surveys along the route including the western end of the Shackleton Range. 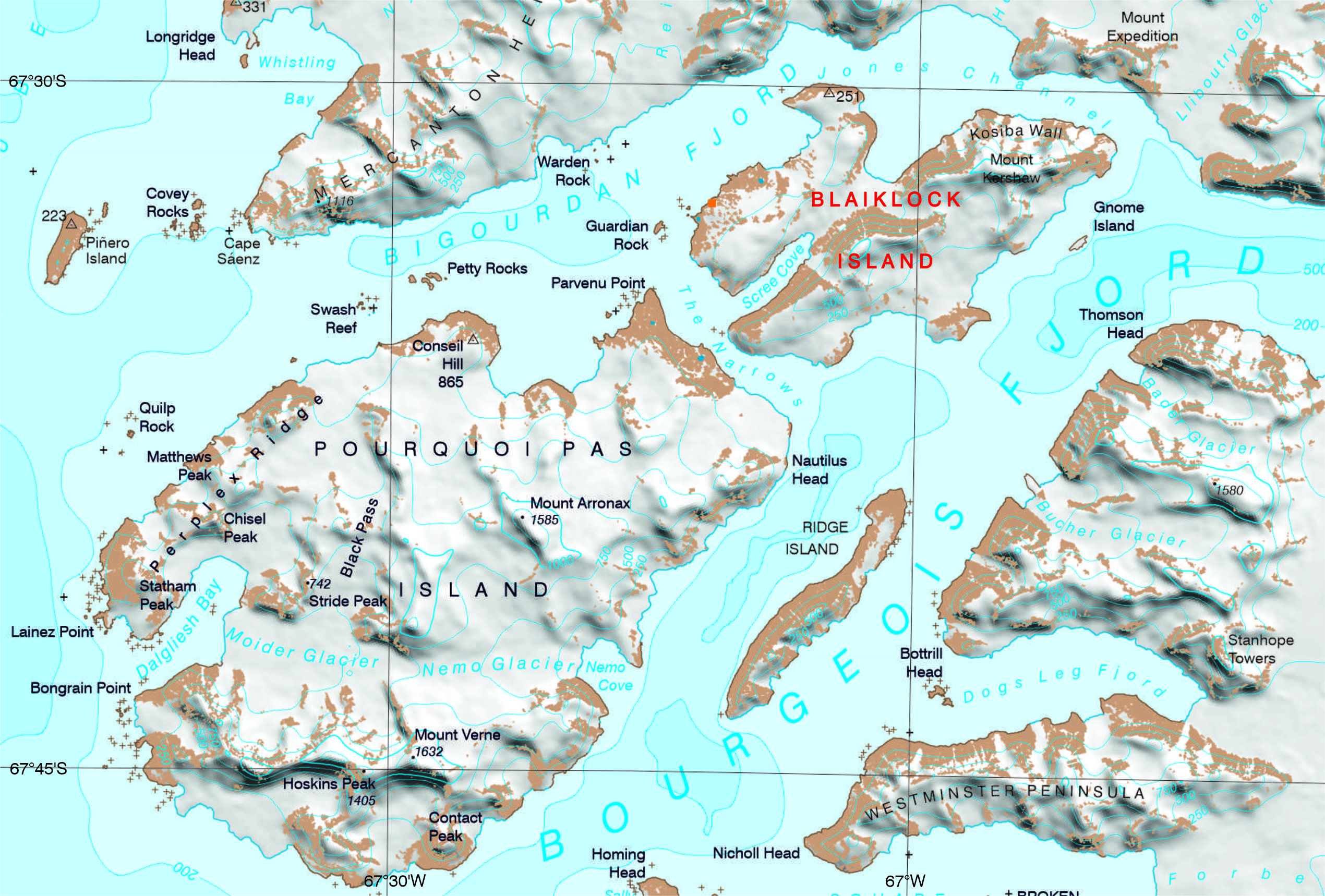