On 17 March, St Patrick’s Day, 2021 there are at least 75 names in Antarctica and the sub-Antarctic islands named for 45 persons of Irish birth. The names date from early expeditions through to living scientists working in Antarctica.

Other notable names include:

Names for prominent people who never visited Antarctica include: 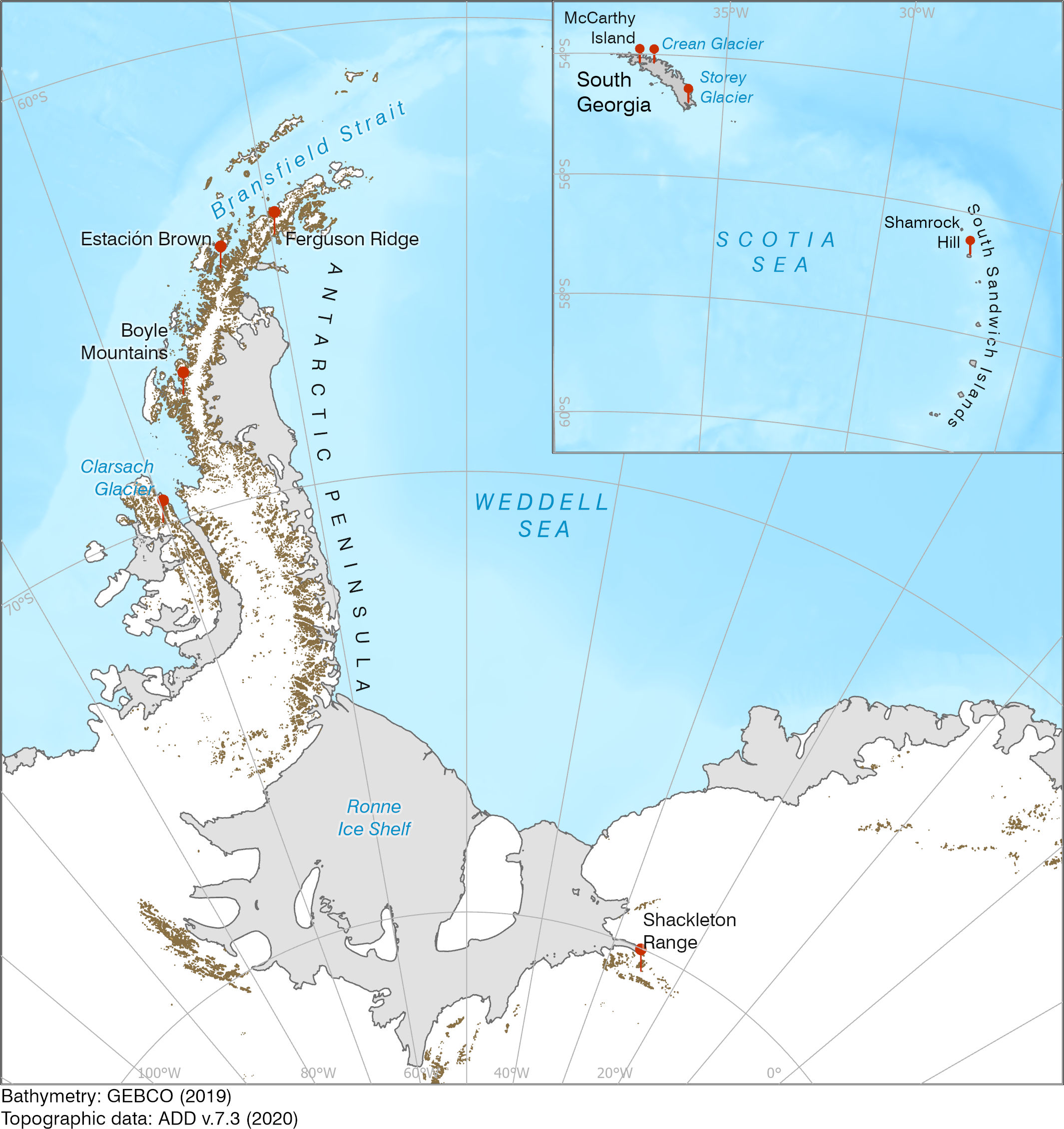