The RRS James Clark Ross is named after Admiral Sir James Clark Ross, R.N., Royal Navy explorer, and there are many places named in honour of him across the continent as well as on South Georgia and in the Arctic.

The Ross Dependency comprises the sector of the continent between 160°E, and 150°W, south of 60°S. Within the Dependency contains the Ross Ice Shelf, Ross Island and Cape Ross, all named after the explorer. The Ross Ice Shelf was discovered on January 28, 1841 by Sir James Clark Ross, who mapped the ice front eastward to 160°W. 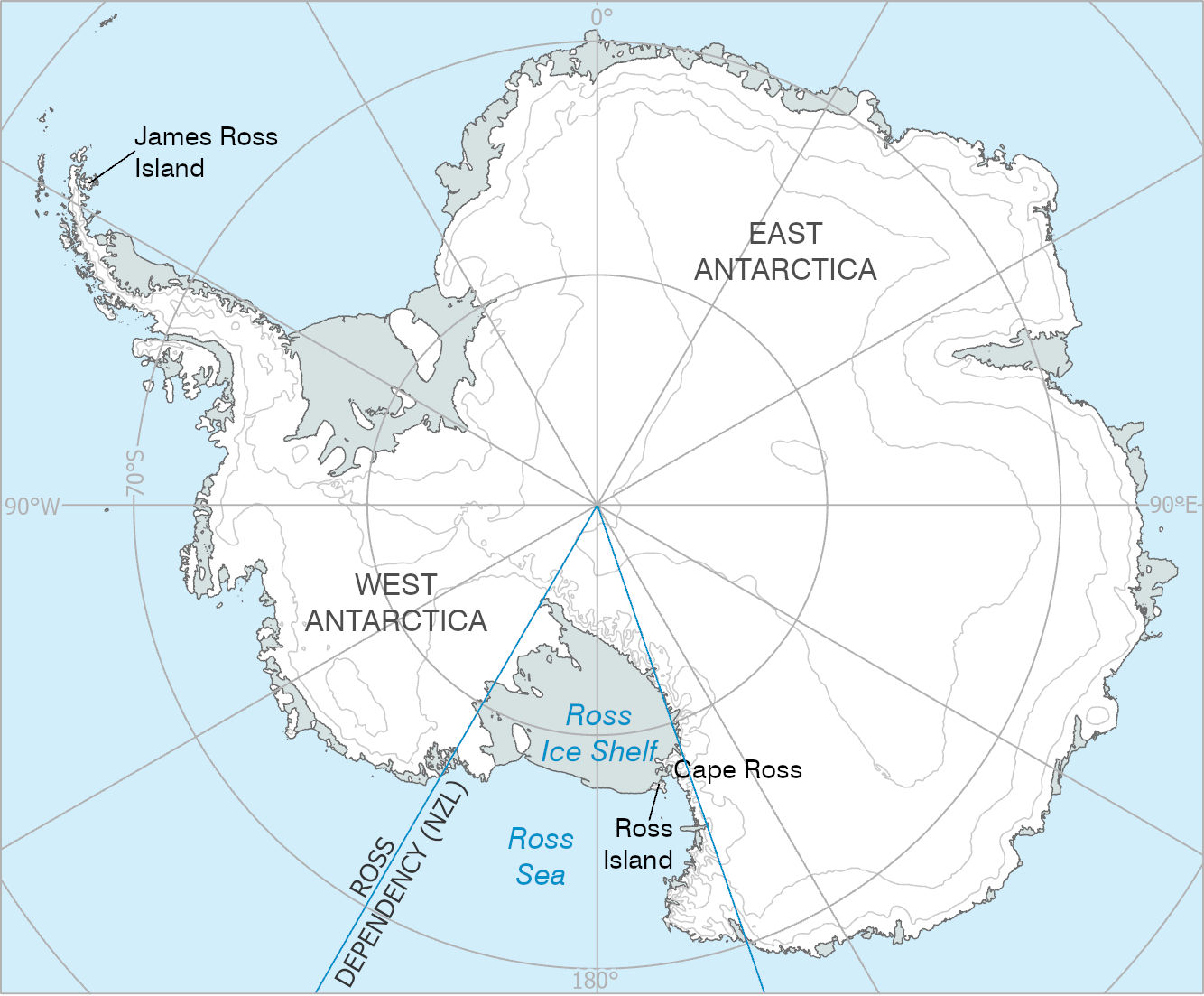