There is a strong correlation between Antarctic place-names and the countries represented at the Euro 2020 football tournament.

This is perhaps not so surprising, given the involvement of European countries in the exploration of Antarctica. At the time of writing, the semi-finalist teams are: Italy (Italia Valley, King George Island); Spain (Spanish Point, Livingston Island); England (English Strait, South Shetland Islands) and Denmark (there are no Denmark names, but there are Jutland Glacier, Victoria Land, and Skagen Point, Kemp Land) – see the map for the locations of these landmarks.

For the other 21 teams at the tournament, only Hungary, North Macedonia, Portugal and Slovakia do not have a related place-name. Wales is represented by Wales Glacier (Victoria Land) and several ‘Prince of Wales’ features, and Scotland by Scotia Bay, South Orkney Islands (after the Scotia, ship of the Scottish National Antarctic Expedition 1902-04) as well as the Scotia Sea. 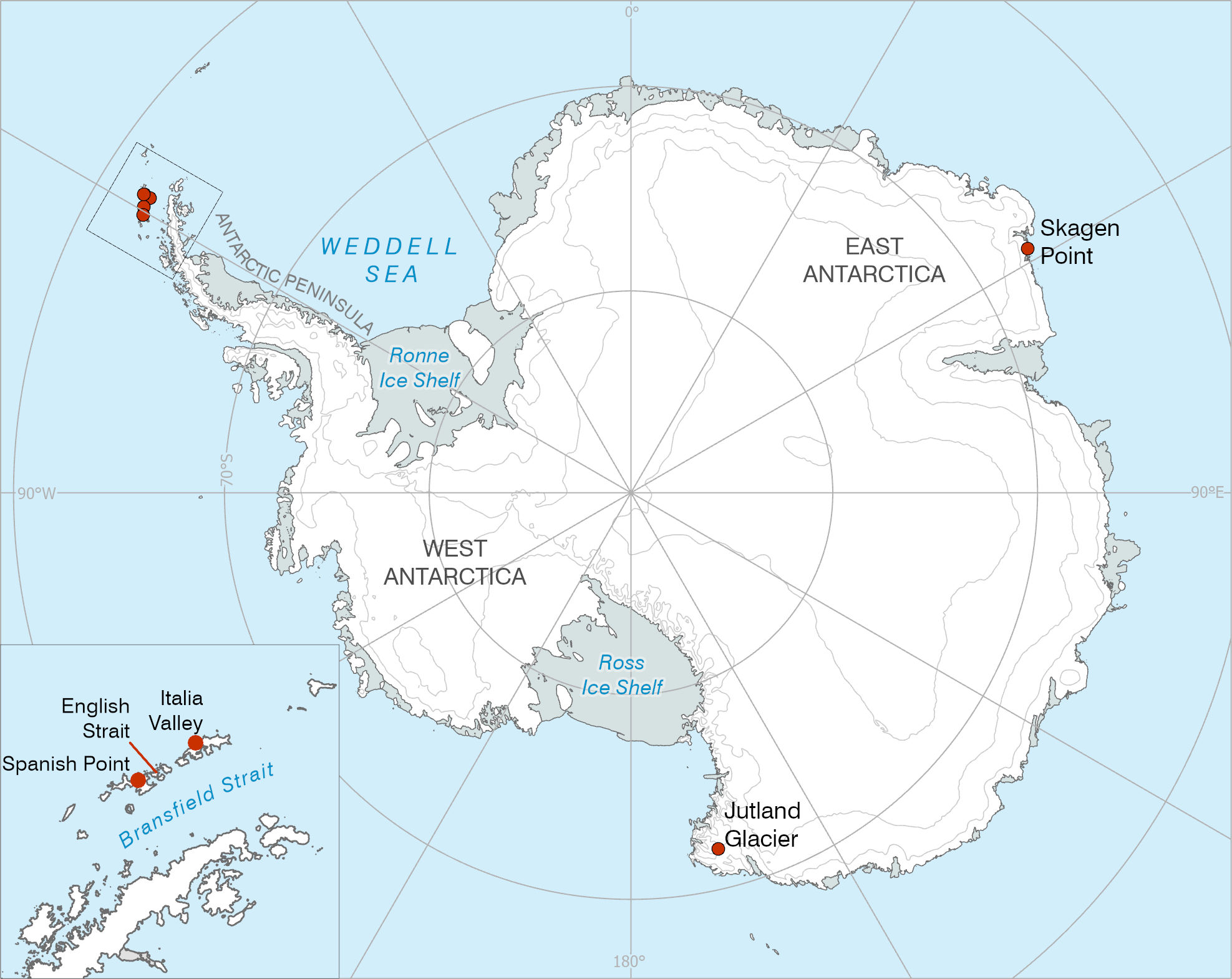