Place names in Antarctica are often chosen around a theme for each area. An interesting example of this effect is in the Finlandia Foothills, Alexander Island. This area had not been visited prior to January 2018, and so this theme was used as a nod to older maps where uncharted areas were decorated with dragons and other mythical beasts.

Dragon Peak is the highest point of the Finlandia Foothills, while Lindworm and Wyvern are types of dragons in mythology. Arach, Draco, Ryu and Tatsu are Gaelic, Latin, Sino-Japanese and Japanese for dragon, respectively. You will be familiar with Smaug, named after the infamous dragon of JRR Tolkien’s The Hobbit (1937). 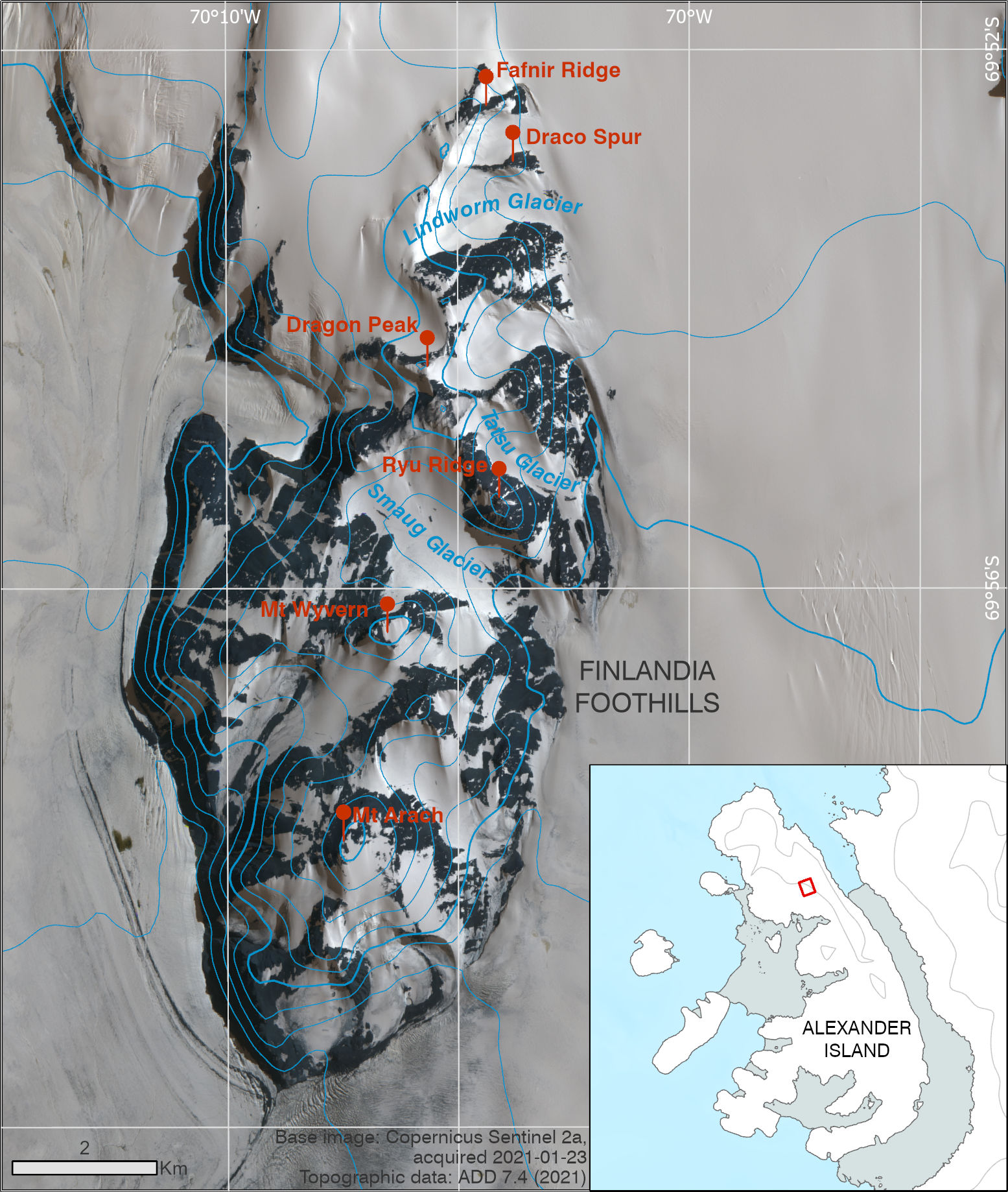