Happy New Year and best wishes from all of us at the UK Antarctic Place-names Committee. This time of year is always a good opportunity for reflection and a fresh start, and there are names across the continent which share this theme.

Start Point, off Livingston Island, South Shetland Islands, was first charted by Bransfield in 1820 and named Start or The Start as it was the first area where their operations commenced. Start Hill, the highest point on the ridge, Ray Promontory, was named in association with the Point. Nearby, New Plymouth is named after Plymouth, Devon. Similarly, Cape New Haven on Low Island was named after New Haven, Connecticut, home port of many of the 19th Century sealing vessels. 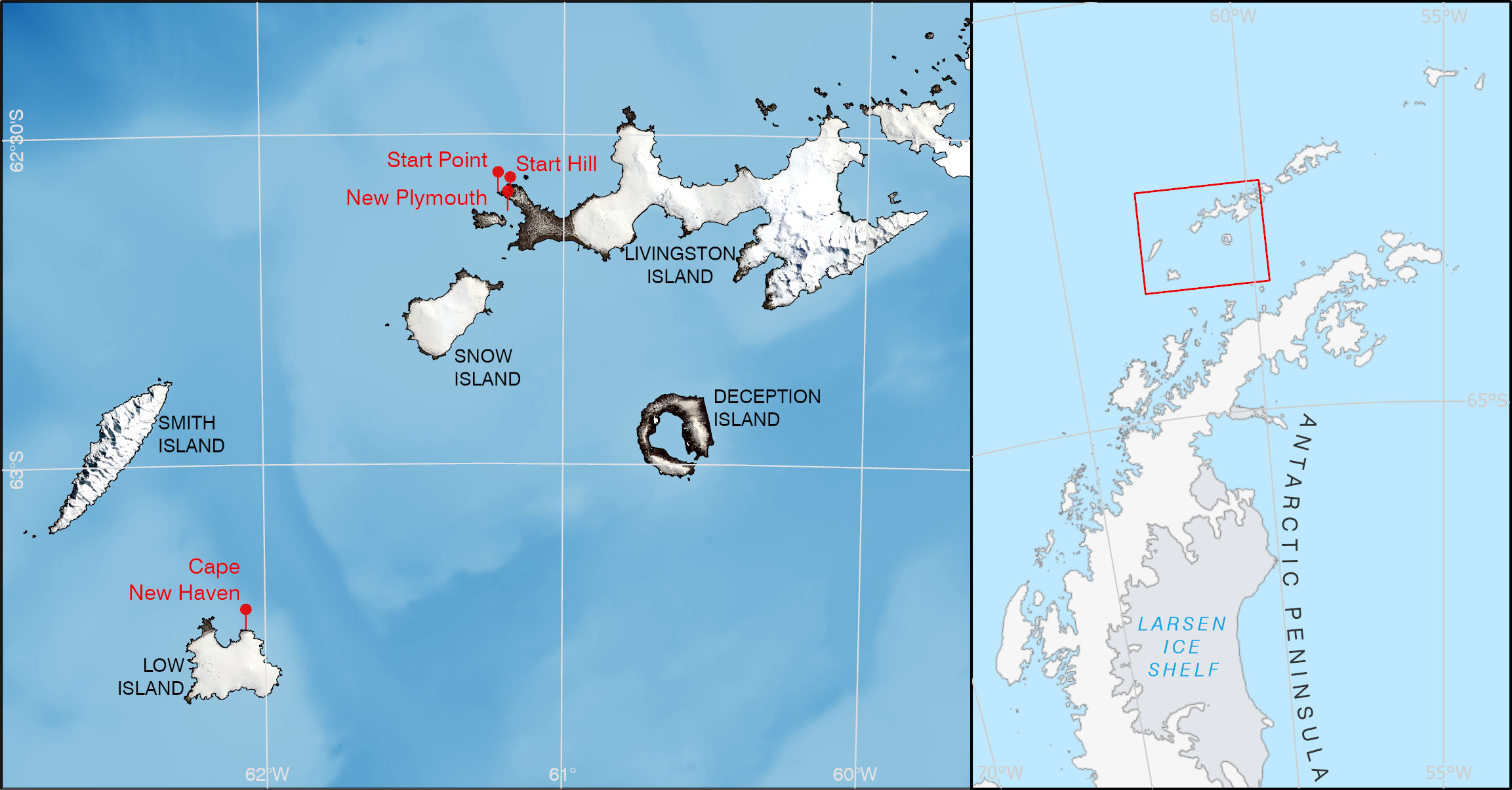